The Beginning of an End: Speaking Up 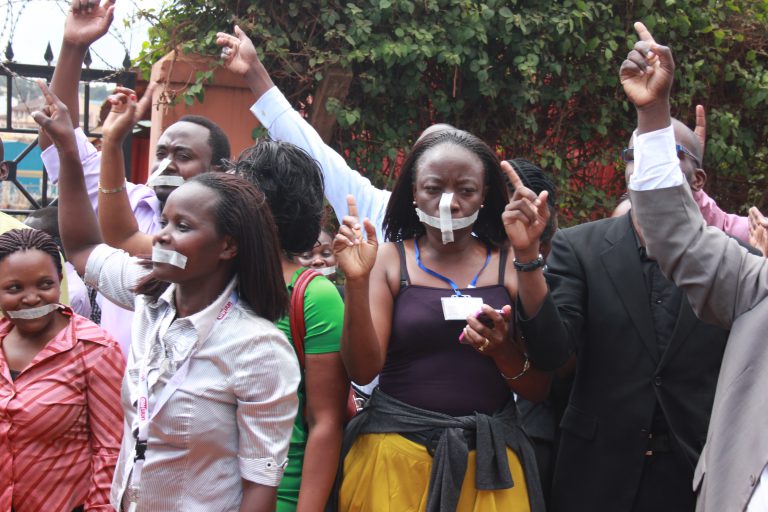 It was an unusually busy day at work with several meetings, project planning and deadlines. My best
option (as I normally do when I have a crazy schedule) was to wait some extra hours after work to be
able to meet my deliverables. As I was shutting down my system at some minutes to 9pm, I could
feel the weariness of my body craving for some rest, within a glance I had imagined what comfort it
would bring to be welcomed by the warm hug of my wife reassuring me I am the man of her dream
and the children are safe in bed, Marriage could be fun!.

I came to my senses, I am still a single guy
trying to find a meaning to life. I hurried to the bus stop and within minutes I approached my estate.
As I walked within the estate, I could see the houses lighted up, family watching their favourite
opera – a good way to relax after a working day. As I made the last turning to my house, I noticed
two figures from the dark, I kept walking, it seems they were engaged in some form of contest, ‘why
will two men be fighting themselves at this odd hour of the day? ‘I wondered. Well, I will simply walk
pass them, I muttered. I have learnt to always mind my business and its definitely not a day to
entertain myself with some life wrestling match, sleep was the next agenda. As I made my way pass
them, then I heard the other party’s voice and lo, it was a woman. Oh my gosh! a woman? I dropped
my bag and came close. Holding the man, ‘Its alright Sir’ but the man seems undone ‘I will teach you
the lesson of your life’ He shouted. ‘Where is my child?’ He demanded. What? I thought ‘they are
lovers or once lovers?’. Then the man ran loose, I tried to hold him but seems to be under the
influence of some local gin, my fatigued body could not stand his strength. I heard slaps and blows,
the lady continued to insult him enraging the man further.

I began to beg the lady to stop but she
couldn’t, she felt cheated, she wanted to fight, she actually did. I was mindful of my eyes, but I
summoned courage, held the man ‘You be man now’ I told him, ‘why you dey follow woman fight?’ I
asked him. Well, I was fortunate enough to have another neighbour drive past, with him we were
able to separate them and told each party to go on different ways.
As I entered the house, I began to reflect on everything that happened and the narrowness of my
thought about the bliss of marriage. A man who once promised a woman all the world can set her up
in the night to ‘teach her some lessons’. As I lay in this sober mood, my though raced to my former
neighbours – the wife a banker and the sole provider for the house and the husband the fine looking
man keeping the house. The woman will provide all including the man’s car and all the man does is
to dress well, drink and womanize. They quarrel often and the man will beat her to a pulp.

Well, she eventually packed out of the house with the children without his knowledge. Then my mind raced to
my best friend, whose mother was a victim of violence from his dad who was a pastor, my friend
told me one of the memories he had about his father before they eventually separated was the dad
giving his mother a hot slap in the presence of his family members who had come to resolve their
conflict and nobody challenged him. The same friend that told me of his personal experience shared
the story of some very powerful and wealthy couple he taught their children as home tutors.

The  man will beat the wife so badly that she sometimes go to hospital for treatment. Yet, their public
demeanour is a façade of their internal rivalry. Then my mind went to another friend who told me

that despite the good image his father has in public as a Professor and Elder in church, he physically
assaults the mother. My thought went on.
As I relayed this message some days after to some of my colleagues during recess, I had everybody
contribute to the discussion. ‘Yes, I know somebody . . .,’ ‘It happened to a friend. . .’. Everyone
seems to know a woman in an abusive relationship. Yet, the stories are often buried under the
carpet. As we discussed that afternoon, I asked some of my female colleagues in the room why there
seems to be low reporting of intimate partner violence. ‘Stigma’ they said. There is a stigma
associated with reporting intimate partner violence or calling for divorce or separation from an
abusive relationship. As I reflect on my experiences and the stories others have shared, I began to imagine the magnitude of the damages that have been done.

I recant the many stories that I have read on newspaper of
abuse and battering that eventually degenerated to the death of a partner. I thought of their
children and the psychological effect on their upbringing and socialization. My mind raced to the
tears of the parents, family, community – all the people that had invested in them and the
disappointment this brings. What about their career, personal aspirations and goals? As I thought,
then I remembered the words of the late Nigerian Afro music legend, Fela Anikulapo Kuti in his
Album ‘Shuffering and Shmiling’ where he described the ordeals of the Nigerian people as ‘suffering
and smiling’.

I examined the World Health Organization statistics on intimate partner violence and was shocked
that 30% of all murder of women globally was caused by intimate partners and that the African
region had one of the highest prevalence of intimate partner violence. I reflected on my role as
public policy analyst pushing for an inclusive governance. I remembered one of our tools of
promoting inclusiveness and citizen engagement is their right to speak up and demand
accountability.

I connected all the dots together and concluded that gender based violence had
continued to gain momentum because of the culture of silence. If women can be encouraged to
report all forms of violence and proper sanctions are levelled on the perpetrators, such acts will be
halted.