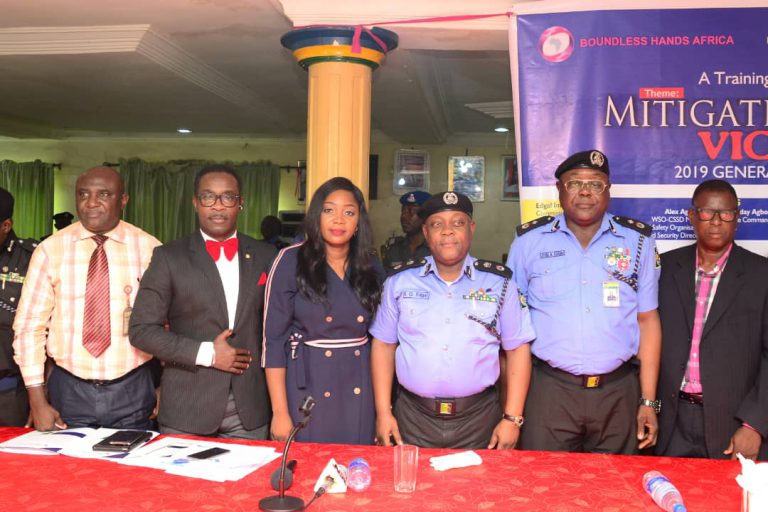 The Commissioner of Police in Lagos State, Mr Imohimin Edgal, on Monday warned officers and men of the Command that none of them must be found wanting during the 2019 general elections.

Edgal spoke during a capacity building workshop for senior police officers in Lagos, in preparation for the general elections.

He charged the officers and men to be neutral and professional during the elections.

The police commissioner said that all the Area Commanders and Divisional Police Officers must take the knowledge gained from the train the trainers workshop to their men, warning that no issue should be taken for granted.

“It is my desire for my men to always improve on service delivery, and you can only give what you have.

“I am always ready to partner with any group willing to train my men, particularly as elections time is on.

“The officers and men must do the right things at the right time; during the elections, you must give a level planning ground to all stakeholders.

“No police officer in Lagos State should be found wanting during the elections,” Edgal said.

The police commissioner advised his men to watch and listen to electoral officers posted to different units during elections.

“On election days, it is the presiding officer that determines what constitutes electoral offences.

“The presiding officer is the boss at the polling unit.

“ The police must take directive from such officer on whom to arrest if any electoral offences has been committed.

“Police should not take directive from members of the public while providing security on election days,” he said.

The organiser of the workshop, Mrs Titilayo Ogunbambi, of the Boundless Hands Africa Initiative, said they decided to partner Nigeria Police Programme for the workshop to prevent violence during elections.

Ogunbambi said that such training would help to mitigate electoral violence, as the officers would be equipped before the election days.

One of the facilitators, an Assistant Commissioner of Police, Mr Patrick Atayero, spoke on strategies for mitigating electoral violence.

He pointed out areas the police should pay attention to during elections.

Atayero said that the major challenges in elections were electoral violence and fraud.

He said that violence-free elections were crucial to free and fair conduct of polls.

All the Area Commanders, Divisional Police Officers, unit officers and squadron leaders participated in the workshop.